Russia, China, Terrorists at the border, National Guardsmen shot, Iran nuclear program at full speed…and more. Our troops will be the ones to protect us and our allies. Without you, we have to say no to some of their requests.

Aaron Negherbon:
If you remember back in February, I put a video out, said, “What’s going to happen with this current administration?” I said, “I don’t know, but people are going to test the metal of the United States.” Well, you know what? I was right. We’ve got problems in Eastern Europe. We have found terrorists recently coming across our Southern border. We have National Guardsmen here that have been shot. We have issues with Iran and their uranium. We have the Taliban arising again in Afghanistan. Additionally, China is dealing with Taiwan in a way that we as Americans don’t like. They’re our ally. China is not.

So, when people say “The troops aren’t anywhere.” You know what? Our ships are everywhere. Unfortunately, the media right now just doesn’t want to cover it. So if you’re walking down the street today, I need you. You, not the other person. I need you to go and just remind someone, tap them on the shoulder, and say, “Hey, our troops are all over the globe.” And I’m going to tell you something, America, they are contacting us every day because a lot of you believe that the troops are back home. You think that Troops Direct does not need your support anymore. But I will tell you clearly that when we don’t have your contributions, we have to say no to some of the requests that come through from our service members. Support us today please at troopsdirect.org. 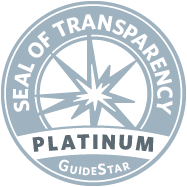